‘No Say Day’: the Last Day Youth Voices Are Represented in Parliaments Around the World

50% of the world’s population is under 30, compared to just 2.6% of parliamentarians globally[*]. If this ratio were reflected in a year, the views of those under 30 would stop being represented in parliaments around the world after the 9th of January. 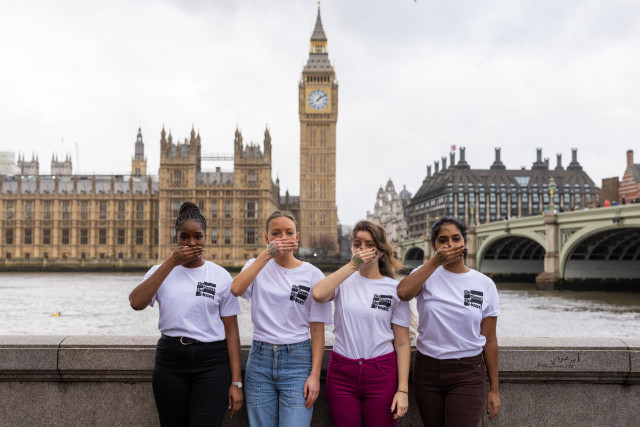 Half of the world’s population is under 30, compared to just 2.6% of parliamentarians globally[*]. If this ratio were reflected in a year, youth voices would effectively go unheard after today. Just nine days into 2023, No Say Day is a stark demonstration of the fact that millions of young voices are excluded from decision-making spaces at a time when the world is facing extreme systemic challenges.

No Say Day is being marked as part of the Be Seen Be Heard campaign, led by The Body Shop in collaboration with the Office of the United Nations Secretary-General's Envoy on Youth to raise the voices of millions of young people in over 75 countries across six continents.

Public opinion is widely in favour of fairer political representation for young people. According to The Body Shop’s largest-ever global survey[**], two thirds of people agree that the age balance in politics is wrong.

People across all age groups agree that political systems would be improved by giving young people a say in policy development. Young people are optimistic and determined to increase their involvement in public life. A third of those under age 30 surveyed would consider running for office, versus only a fifth of those over age 30.

Chris Davis, Global Sustainability and Activism Director at The Body Shop, said: “From climate change to economic instability and conflict, the world’s problems are too great to fall back on business-as-usual. Young people are energetic, thoughtful, and positive about the future - so it’s important their voices are seen and heard in parliaments around the world every day. This is clearly the preference of the public, who support a fairer approach to youth representation and trust young people’s views on the major issues of today.

“As world leaders and captains of industry gather in Davos next week, I urge them to work with young people to develop solutions to the problems we all face. Let’s make today the last No Say Day in our history.”

Jayathma Wickramanayake, the UN Secretary-General’s Envoy on Youth, said: “Young people are the experts of their own realities, and young people all over the world are making a difference every day by tackling issues that matter most to them. The idea that young people are change makers is not just a marketing campaign, it is a fact. We must dispel the myths surrounding young people, that they are irresponsible, disengaged, troublemakers, or do not have the experience to create real impact. Even in the most adverse of circumstances we have seen young people rising to the challenge and leading the way — from humanitarian crises to COVID-19 response. There is no doubt that we need young people’s innovation, drive, creativity and - more than anything - unwavering optimism that a better world is possible for everyone.”

[**] The Be Seen Be Heard Global Youth Survey

The Body Shop and the United Nations Secretary-General’s Envoy on Youth Launch Global Collaboration Calling for More Young Voices in the Halls of Power
May 12, 2022 17:30