VVC has the potential to achieve the same level of perceptual quality as prior video codecs with up to a 50% improvement in video coding efficiency, thereby supporting 4K and 8K Ultra High Definition (UHD) and High Dynamic Range (HDR) video, telemedicine, online gaming, virtual 360° video and adaptive streaming applications.

“MPEG LA congratulates the Media Coding Industry Forum (MC-IF) and its participants for their pool fostering initiative preparing the market for a VVC pool license. MC-IF’s work has been of immeasurable benefit, and MPEG LA was pleased to cooperate in that process. Building on MC-IF’s work, MPEG LA is moving ahead with the next step listening to, working with and leading MC-IF participants and others to make yet another breakthrough generation of digital video compression technology widely accessible to the market under reasonable, trusted, transparent and non-discriminatory licensing conditions,” said Larry Horn, President and CEO of MPEG LA.

“MPEG LA applauds the work of leading technology innovators from around the world whose research and development investments have made VVC possible, and welcomes them to join MPEG LA’s license development effort,” said Bill Geary, MPEG LA’s Vice President of Business Development.

To participate in the initial VVC license development meeting, parties that believe they have patents essential to the VVC standard are invited to submit them to MPEG LA in accordance with the submission procedures at https://www.mpegla.com/vvc/.

Although only issued patents will be included in the license, patent applications with claims that owners believe are essential to the VVC standard and likely to issue in a patent also may be submitted in order to participate in the license development process.

MPEG LA is the world’s leading provider of one-stop licenses for standards and other technology platforms. Starting in the 1990s, it pioneered the modern-day patent pool helping to produce the most widely used standards in consumer electronics history and is expanding access to other groundbreaking technologies. MPEG LA has operated licensing programs for a variety of technologies consisting of more than 24,000 patents in 94 countries with some 260 patent holders and more than 7,200 licensees. By assisting users with implementation of their technology choices, MPEG LA offers licensing solutions that provide access to fundamental intellectual property, freedom to operate, reduced litigation risk and predictability in the business planning process. For more information, go to www.mpegla.com.

Personetics Secures Over $160 Million in 2021 and Accelerates the Global Expansion of Its AI-Driven Personalization and Engagement Solutions for Financial Institutions With $85 Million Investment From Thoma Bravo
1월 19일 21:00 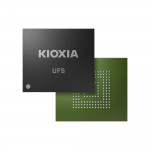