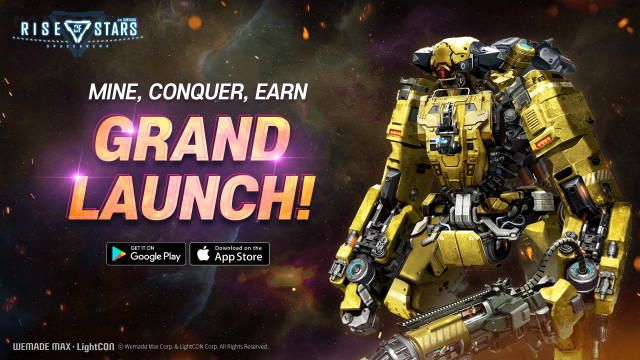 Launched in more than 170 countries around the world with the exception of Korea, China, etc., the game supports eight languages including English, Traditional Chinese, and Portuguese. It can be downloaded through Google Play and Apple App Store.

This authentic 4x blockchain game features not only real-time massive warfare but also elaborately designed warships and planets set in a vast universe.

The game also features ‘Silthereum,’ a new game token that can be used within the game. Silthereum is paid as rewards for large-scale battles, such as planet conquering battles and congress battles, and users can obtain these tokens through mining or pillage using the Warship Carrier. Due to this, a fierce struggle over Silthereum is expected to take place among users.

ROS also provides the advanced NFT Warship Carrier system. Warship Carrier, which is the core of the token ecosystem, carries a large number of warships. This game item gives various buff benefits to the warships.

In particular, through the two NFT Warship Carrier presales held from January 27, 1504 Warship Carriers were sold out in only one minute after opening.

The presold NFTs are currently traded among users at a price 15 times higher than the initial selling price, indicating the users’ high level of expectations for the ROS token ecosystem. In the long term, a range of new content, such as a staking service, will be developed and provided for the expansion and establishment of the token ecosystem.

To mark the official launch of ROS, several events have started today including an event to invite friends and an event to reach a specific game level. Through the events, a total of six million Silthereum tokens will be presented along with free Warship Carriers for a limited period.

Wemade offers a global blockchain platform, WEMIX, on which games of all genres can be transformed into blockchain games. Many games are currently being serviced on WEMIX, and it aims to service 100 games whose key currency is WEMIX Token prior to 2022 year-end.