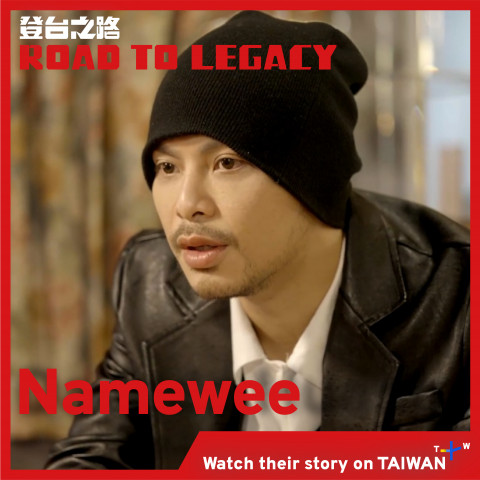 TaiwanPlus Upholds Freedom of Speech in Asia with Docuseries Featuring “Fragile” Singer Namewee, Famously Banned in China
TAIPEI, TAIWAN--(Business Wire / Korea Newswire) April 04, 2022 -- The final four episodes of the indie docuseries “Road to Legacy” have been released on TaiwanPlus, a recently launched global English-language video streaming platform. At a time when many voices in the Asia-Pacific region is being silenced, TaiwanPlus aims to leverage Taiwan‘s vibrant democracy and freedom of speech to bring unique stories and news from the region to the world, which is one of the platform’s key missions.

“Road to Legacy” is a TaiwanPlus Original Docuseries, showcasing 10 indie-music bands based in Taiwan. Among the featured artists is Malaysian singer Namewee (黃明志), known not only for his catchy songs and large online following, but also as an activist fighting injustice and inequality across Asia. His work is often viewed as controversial for this reason. The most recent case sees his music being banned in China due to the release of "Fragile,” a single which many claimed to insult China by promoting independence for Hong Kong and Taiwan.

The Malaysian artist has a deep sense of appreciation for Taiwan’s unique democratic environment in the heart of Asia and has expressed his hope that Taiwan will be able to protect its freedom of speech, press, and creation on multiple occasions. In “Road to Legacy,” he is shown passionately planning a major Taipei concert with songs that had been banned in other countries.

Legacy Brand Manager Asuka Wu points out that in Taiwan, a banned song is somewhat of a foreign concept. “This type of concert could only be organized in Taiwan because it’s a place of freedom, she explains. “He wanted it to be a tribute to Taiwan.”

“Road to Legacy” unveils that there is a serious and passionate personality behind the memorable melodies and political jokes that permeate Namewee’s work. While recording music, directing film projects, and attending awards ceremonies, he was also being harassed by journalists and politicians, and at one point, physically degraded in prison. These hardships have caused Namewee to devote himself even more wholly to everything he does, treating each project like it could be his last. “Performing on stage isn’t everything,” Namewee expresses. “After fighting injustice and facing harsh realities, I have to be brave enough to remain true to my creativity. That’s what gives meaning to my performances.”

This final installment of the “Road to Legacy” episodes also feature ABAO, an indigenous R&B sensation who produces music in her mother language of Paiwanese, and LINION, a bassist who began his music career in Southern California before exploding into popularity in Taiwan. All episodes of “Road to Legacy” are available for free on TaiwanPlus. The full listing of the docuseries, including episodes on Tizzy Bac, 88BALAZ, Nighteentael, PA PUN BAND, Dadado Huang, Sweet John, and The Next Big Thing can be found at https://tw.plus/jarvJ.