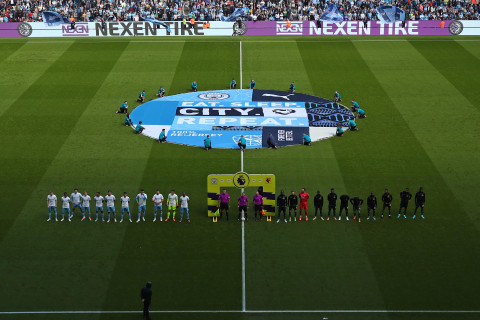 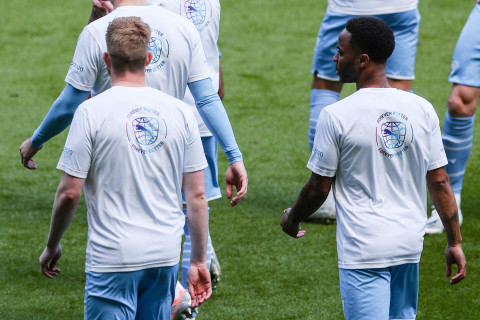 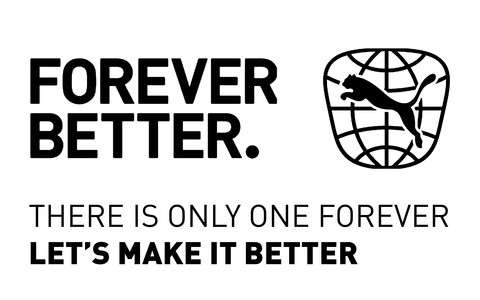 RE:JERSEY aims to reduce waste and pave the way towards more circular production models in the future. While PUMA’s football kits on the market today are already made from 100% recycled polyester, the RE:JERSEY shirts worn ahead of Saturday’s game are made with 75% repurposed football jerseys. The remaining 25% comes from SEAQUAL ® MARINE PLASTIC[1].

Starting Monday, PUMA will also set up special collection bins at the City Store next to the Etihad Stadium to invite fans to donate their old polyester items so they can become a part of this garment-to-garment recycling project. The club will also set up take-back bins in other parts of the Etihad Campus. Further details how fans can participate in RE:JERSEY can be found at http://www.mancity.com/rejersey .

“As part of our Forever Better sustainability strategy, we want to take more responsibility when it comes to the end of life of our products,” said Matthias Bäumer, General Manager BU Teamsport at PUMA. “With RE:JERSEY, we are taking an important step in garment-to-garment recycling which will help us reduce waste in the future.”

Ahead of Saturday’s game, the center circle at the Etihad Stadium carried the message “Eat, Sleep, City Repeat - 100% RE:JERSEY” on a bright blue patchwork, which was crafted using recycled materials. This patchwork will also be recycled as part of the experiment.

“Both Manchester City and PUMA have made significant commitments to their respective sustainability agendas that ensure both social and environmental actions work for long-term, tangible change,” said Pete Bradshaw, Director of Sustainability at Manchester City. “With RE:JERSEY, PUMA is looking for new ways to make sporting goods more circular and we are proud to be able to play a part in this journey, working to engage fans, community, workforce and partners - actively collaborating for a better future.”

The products made in the RE:JERSEY project will also make an appearance during the upcoming pre-match warm-ups by Manchester City’s Women’s Team against Leicester on Sunday, as well as by PUMA Clubs AC Milan, Borussia Dortmund and Olympique de Marseille in April and May.

In the recycling process used for the RE:JERSEY project, even old garments that feature logos, embroideries and club badges can be used, as the material is chemically broken down into its main components (depolymerization). Colours are then filtered out and the material is chemically put back together to create a yarn (repolymerization) that has the same performance characteristics as virgin polyester.

The RE:JERSEY pilot experiment is part of PUMA’s Circular Lab and its Forever Better sustainability platform. As part of Circular Lab, PUMA announced the RE:SUEDE program last year, which tests, whether the company can make a biodegradable version of its iconic Suede sneaker.

PUMA is one of the world’s leading sports brands, designing, developing, selling and marketing footwear, apparel and accessories. For more than 70 years, PUMA has relentlessly pushed sport and culture forward by creating fast products for the world’s fastest athletes. PUMA offers performance and sport-inspired lifestyle products in categories such as Football, Running and Training, Basketball, Golf, and Motorsports. It collaborates with renowned designers and brands to bring sport influences into street culture and fashion. The PUMA Group owns the brands PUMA, Cobra Golf and stichd. The company distributes its products in more than 120 countries, employs about 16,000 people worldwide, and is headquartered in Herzogenaurach/Germany.

[1] SEAQUAL ® MARINE PLASTIC
SEAQUAL® MARINE PLASTIC is a sustainable and fully traceable raw material from SEAQUAL INITIATIVE that is made from marine litter, or in some cases from end-of-life fishing nets or other plastics used in aquaculture (such as those used in mussel and oyster farming). For more information, visit https://www.seaqual.org

Keep Your Head in the Game: PUMA and Modibodi® Introduce Period Pep Talks Designed to Keep Women and Girls in Sport
October 12, 2022 11:30