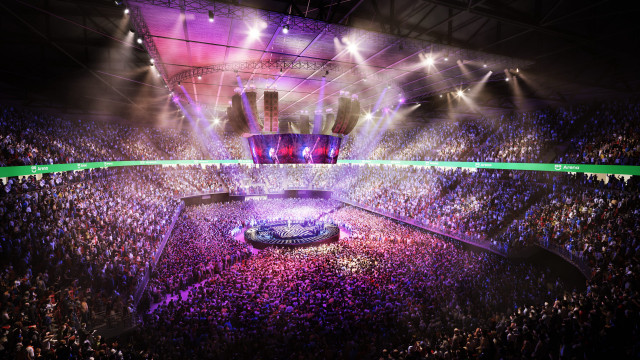 AO Arena in Manchester, located in the heart of the city, is one of the busiest indoor arenas in the world. Through its near 30-year history, the venue has firmly established itself as a beloved and iconic Manchester landmark, a must-play for artists, and a fan-favorite destination for world-class live entertainment. Officials from the AO Arena will be releasing more detailed plans in coming months.

Chris Bray, EVP Europe at ASM Global, said, “AO Arena is one of the world’s iconic venues and a much-loved part of Manchester’s rich culture and history. It has been delivering world-class entertainment experiences for over two decades. As we approach our 30th anniversary, this ambitious endeavor will not only reinforce its position as a leading destination for live entertainment but will extend its market leadership for ‘live’ and fan experiences for the next 30 years. We’re proud to be further investing into the heart of Manchester.

“The first phase will enhance and increase our standing floor capacity to share this historic arena with even more of our guests, and we will also be adding new hospitality lounges and investing in delivering an upgraded concourse experience. Our performers will be immersed in an all-new, back-of-house artists’ campus, unparalleled anywhere.”

Additional major developments include new arena entrances welcoming guests to the venue and new premium seating, which will transform the venue to an elevated experience.

AO Arena’s back-of-house campus dramatic upgrade will include a complete overhaul of the backstage experience for artists, production and crew. This includes new artist dressing rooms and production areas, a world-class green room with meet-and-greet facilities, an overhaul of crew catering, and first-class connectivity and technology.

Jen Mitchell, general manager at the AO Arena, said, “This is a really exciting time for AO Arena. Not only are we able to welcome guests back after a challenging two years with a program packed full of world-class acts and entertainment, now we can reveal the first phase of ASM Global’s plans for the arena’s redevelopment. This will enhance the experience for everyone who sets foot in the venue, including artists, production, crew and our staff who work so hard to make the magic happen right here in Manchester.”

Unveiled in 1995, the arena was the first indoor venue in the U.K. to be built with a layout of 360-degree seating. Attracting over 1 million visitors yearly, the 21,000-capacity arena is a winner of the Stadium Business Awards’ prestigious ‘Venue of the Year’ award. There has been a host of musical talent that has performed at the venue, from Led Zeppelin legends Jimmy Page and Robert Plant, The Rolling Stones and Pavarotti to Dua Lipa and Lady Gaga as well as Manchester’s homegrown artists including Take That, Oasis, Elbow, New Order and The Courteeners. The venue has hosted everything from the 2002 Commonwealth Games, 2008 FINA World Swimming Championships and international boxing bouts by Mike Tyson, Anthony Joshua, Tyson Fury, David Haye, Joe Calzaghe and local champions Ricky Hatton, Amir Khan and Anthony Crolla.

ASM Global is the world’s leading producer of entertainment experiences. It is the global leader in venue and event strategy and management—delivering locally tailored solutions and cutting-edge technologies to achieve maximum results for venue owners. The company’s elite venue network spans five continents, with a portfolio of more than 350 of the world’s most prestigious arenas, stadiums, convention and exhibition centers, and performing arts venues. Connect with us on LinkedIn, Facebook, Instagram and Twitter. asmglobal.com