Trend-leading content production company with major works including ‘All of Us are Dead,’ ‘The Sound of Magic,’ ‘My Liberation Notes,’ and ‘The Roundup’ 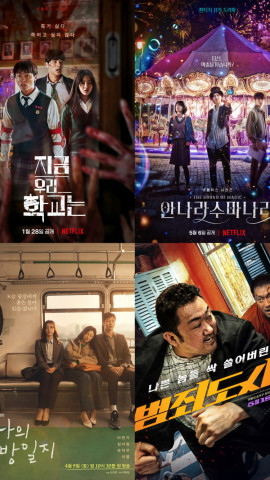 Trend-leading K-content production company with major works including All of Us are Dead, The Sound of Magic, My Liberation Notes, and The Roundup, SLL now targets the content market across platforms and countries. 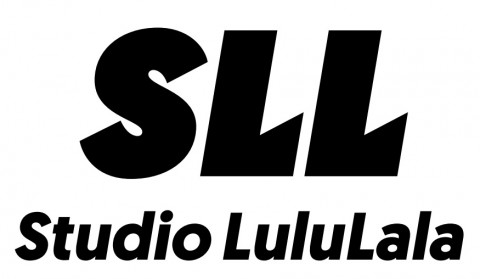 SLL logo
SEOUL--(Korea Newswire) June 07, 2022 -- The works produced by SLL are dominating the K-content market. From OTT original series that made global hits to dramas and films that are being the talk of the town across the globe, SLL has won recognition for the high quality of its works, and is now targeting the content market across platforms and countries.

SLL is Korea’s first integrated studio creating and distributing content in various categories ranging from dramas and films to digital programs. Following ‘Hellbound,’ which had topped Netflix rankings immediately after its release last year, SLL’s ‘All of Us are Dead’ released this year again topped the global Netflix content rankings for 15 days in a row.

‘My Liberation Notes,’ a JTBC drama that recently ended after recording the highest viewing rate, created the ‘Worship Syndrome’ by capturing viewers’ hearts with a profound message and famous quotes. According to Good Data Corporation, ‘My Liberation Notes’ was ranked No. 1 on the list of Korean dramas that generated the most buzz for four weeks in a row in May. In addition, according to Netflix’s official ranking, it spread the ‘Worship Syndrome’ abroad by being selected as one of the global top ten non-English TV series in ten countries around the world.

‘Green Mother’s Club,’ a recently ended JTBC drama, also topped the list of most buzz-worthy Wednesday and Thursday dramas from the first week of its airing thanks to the gripping storyline and actors’ impassioned performances. It kept the successful run until the end with the final episode recording the highest viewing rate. In particular, ‘Green Mother’s Club’ is continuing the popularity of K-drama in Japan by topping the Netflix content rankings of Japan.

SLL is demonstrating its excellent production capacity by continuously releasing well-made dramas following ‘Itaewon Class’ and ‘Sky Castle,’ which won the Asian Television Awards as the Best Drama Series. It will keep the momentum by releasing new dramas, ‘Insider’ and ‘Cleaning Up’ on JTBC in June.

To continue the success of the Netflix series ‘D.P.’ and ‘Hellbound’ released last year, SLL is again throwing its hat into the global OTT market this year.

‘All of Us are Dead,’ which created the ‘K-teen zombie’ craze following its release on Netflix in January, captivated viewers across the world as a new genre combining coming-of-age and zombie apocalypse horror.

In addition, ‘Monstrous,’ which was released as the original series of TVING, Korea’s local OTT platform, enhanced the prestige of K-content by being officially invited to the ‘Cannes International Series Festival’ held in France.

In the second half of the year, SLL is scheduled to release the highly anticipated tentpole-class series one by one, such as not only ‘Money Heist: Korea - Joint Economic Area,’ ‘The Accidental Narco,’ and ‘A Model Family,’ which are the Netflix series, but also ‘Casino’ of Disney Plus.

Beginning from Dramas and Now to Films, Will Actively Invest in Film Business

‘The Roundup’ starring Don Lee and Son Seok-ku released in Korea on May 18 drew in more than 9 million audiences in 20 days of screening, which is a record-breaking success since the outbreak of COVID-19. Presold to 132 countries across the world, it also received great responses abroad. It broke the prejudice of sequels not being as successful as the original movie, which, in the case of ‘The Outlaws,’ had a successful run with an audience of 6.88 million. It captivated the audience with an exquisite mixture of comedy, action, and story.

In the second half of the year, ‘Cobweb’ starring Song Kang-ho, the winner of the Best Actor award at the 2022 Cannes Film Festival, will be released along with ‘Apgujeong Report,’ another film starring Don Lee, and ‘Jung-E,’ a Netflix movie. SLL will expand the boundaries of content creation across various platforms by increasing investment in the movie business.

JTBC Studios changed its company name to SLL (Studio LuluLala) in this April. SLL expressed its aspiration to advance to a global studio leading the world’s content market. To fulfill the goal, SLL has been securing the best creators and building differentiated production capacity based on synergy with 15 production labels. SLL will establish itself as a ‘trend-leading content production company’ to stand shoulder to shoulder with internationally renowned studios beyond the No. 1 position in the Korean market.