This web service released in six languages, including English, Chinese and Japanese, will target American and Asian markets with sizable K-pop fandoms 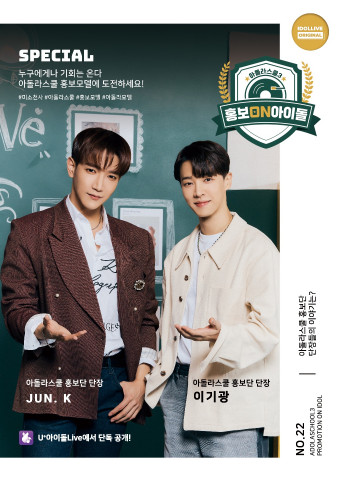 idolplus is a live K-pop performance broadcasting platform launched in 2018 under the name of U+ idol Live. It has established itself as a media platform specializing in K-pop entertainers by continuously expanding contents for K-pop fans to approximately 35,000. In addition to original contents featuring popular K-pop entertainers, famous concerts and award shows can be watched for free on the platform.

idolplus offers not only a wide range of high-resolution and high-quality contents, including original shows, performances and award ceremonies, but also close-up camera views of each member of the K-pop groups. idolplus’ contents, which are available in six languages, that is Korean, English, Chinese, Japanese, Thai and Indonesian, will be continuously expanded. Free picture-in-picture (PIP) and background play functions are also provided.

From September 8 (Thu.) to 20 (Tue.), idolplus will hold an event to celebrate its global launching. Through a lottery, participants in the event will win tickets to 2022 The Fact Music Award to be staged in Korea on October 8 (Sat.).

The TMA idolplus Popularity Award voting will also be held. This special prize awarded by idolplus and K-pop fans through voting will be presented to entertainers at the TMA Awards ceremony. Following preliminary voting to select candidates between September 1 (Thu.) and 12 (Mon.), the top 30 entertainers based on the number of votes won will enter the final round of voting. The final voting will open on September 13 (Tue.) and continue until October 4 (Tue.). All global fans can participate in the voting.

2022 TMA, which will be broadcast live on the idolplus webpage, is a festival of K-pop entertainers and fans across the world. In 2022, it will be held as an offline event for the first time in three and a half years. K-pop stars, such as Stray Kids, ITZY, (G)I-DLE, IVE, and THE BOYZ, are gearing up to give awesome performances at the event.