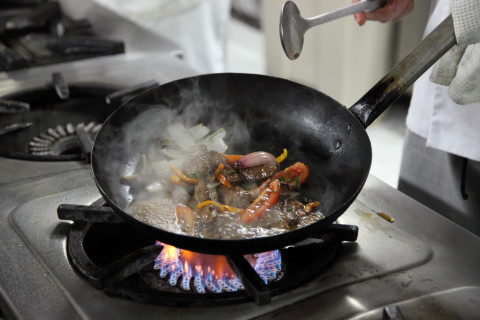 Asian-Influenced Peruvian Cuisine Looking to Win Its 10th Title as World's Leading Culinary Destination This Year
LIMA, PERU--(Business Wire / Korea Newswire) April 22, 2022 -- The cuisine of Peru originated with the ancient cultures that flourished in its territory. After the arrival of Europeans to the American continent, Peruvian gastronomy was forged with important influences from all over the world. In recent years, Peru has become the new global culinary epicenter winning the World Travel Awards‘ World’s Leading Culinary Destination for nine years.

As Peru hopes to capture its tenth prize this year, we will highlight the Asian roots that helped shape the identity of Peru's cuisine.

In 1854, Peru needed labor to work in the fields, in the construction of railways and to extract guano from the islands. The Chinese emigrants found in Peru a prodigal land. Vegetables and rice grew effortlessly as they maintained their customs that gradually amalgamated with the local taste. The type of cuisine that they began to offer to Peruvian clients was called chifa: local products were incorporated to traditional dishes of Cantonese cuisine.

Stir-fried dishes such as the sautéed beef tenderloin (cooked with Chinese technique and soy sauce) and chaufa rice, among other dishes featured in Peruvian cookbooks, came out of kitchens with very hot stoves.

On April 3, 1899, the Japanese ship Sakura Maru arrived at the port of Callao with 790 farmers ready to work in the sugar plantations on the coast of Peru. Some of them moved to other provinces of the country and worked in commerce and businesses.

Nikkei is the word that designates Japanese emigrants and their descendants in any part of the planet. But in the culinary world it is closely related to the type of cuisine that emerged from the natural fusion of Peruvian and Japanese cuisine. The ceviche, as we know it today, is served with raw, fresh fish (decades ago, the traditional Peruvian ceviche had to be marinated in lemon juice for long hours) as a result of the Japanese influence, always present in seafood based dishes.

Although Peruvian gastronomy has many layers of history and tradition, the Asian influence is the most recent and has left an indelible mark that has enriched a legacy that could be cemented this year by winning its tenth title of World's Leading Culinary Destination.

Peru Joins WTTC Guardians of Nature and Is Committed to Environmental Sustainability
December 23, 2022 14:00