“Greatness is doing it consistently" 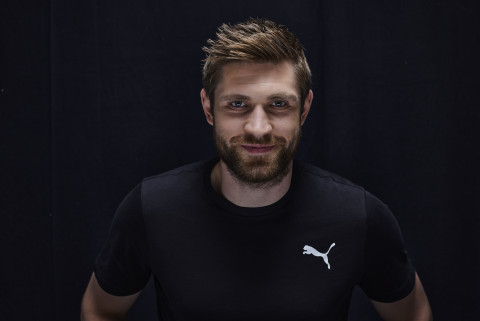 After winning the pre-game with his team, Leon Draisaitl, who was named most valuable player in 2020, is more than ready to rock the upcoming season starting with the first game October 13th.

“Individual awards are always great. You know, they show you that your hard work has paid off. But I’m in a team sport, right? So, winning the ultimate trophy as a team is more important at the end of the day.”

With the ‘Only See Great’ campaign, PUMA explores the career path of its brand ambassadors, as they talk about their own paths to greatness, listening to their hearts, and finding a vision that no one else can see.

After reaching the semi-finals with his team last season, Leon is now aiming for the finals: “I hope that we can take the next step next season. It was a great run, obviously, when you get to that point you want to win. But we did run into a team that was better than us. But hopefully next season we’re going to be that team.”

Despite a serious injury, Draisaitl fought through the last games of the season. He had to change his mindset, but his motivation is stronger than ever, he said: “Greatness is consistency. So, I’m preparing for next season like I do for any other season and to me it’s important to do it all over again. You know, show people that I’m capable of being at the top of my game every single year every night”, Leon says.

The idea for PUMA’s “Only See Great” campaign was inspired by cultural icon, entrepreneur and philanthropist Shawn “JAY-Z” Carter who first said: “I only see great. I don’t see good. I don’t see compromise. We should always strive to make something great, something that will last.”

PUMA is one of the world’s leading sports brands, designing, developing, selling and marketing footwear, apparel and accessories. For more than 70 years, PUMA has relentlessly pushed sport and culture forward by creating fast products for the world’s fastest athletes. PUMA offers performance and sport-inspired lifestyle products in categories such as Football, Running and Training, Basketball, Golf, and Motorsports. It collaborates with renowned designers and brands to bring sport influences into street culture and fashion. The PUMA Group owns the brands PUMA, Cobra Golf and stichd. The company distributes its products in more than 120 countries, employs about 14,000 people worldwide, and is headquartered in Herzogenaurach/Germany.

Keep Your Head in the Game: PUMA and Modibodi® Introduce Period Pep Talks Designed to Keep Women and Girls in Sport
October 12, 2022 11:30